Waaree Solar was established in 1989, making it a long-standing firm with a wealth of experience. Waaree Solar Instruments Ltd. was incorporated to begin the company’s journey into the commercial world. In 2007, the Waaree group expanded into the renewable energy sector with the launch of Waaree Energies Pvt Ltd. Surat, to the north of Mumbai, is where the company’s automated solar-module manufacturing facility is located. From 10Wp to 335Wp, Waaree Energies has you covered as a dealer, distributor, or stockiest everywhere in India. Its panels are used in on-grid systems, off-grid systems, and hybrid solar power plants, and the company exports them to many different nations. Waaree is one of the most rapidly expanding businesses because its leadership team is composed of a diverse and dynamic group of young people who have achieved a harmonious mix of experience, creativity, and innovation. Taking 10 to 15 minutes reviewing this material will help you choose the best solar panel that matches all your demands; there are three varieties of Waaree solar panels available, each with a different capacity. We will take a closer look at Waaree Solar Panel Price List In India below.

Waaree Solar has revolutionized panel technology, and it keeps getting better in terms of performance, durability, and adaptability. Waaree solar panels have expanded their offerings to include three distinct models. Let’s get some information about the many kinds of solar panels. Following is the Waaree Solar Panel Price List along with its types.

Solar panels have become more affordable as their popularity has grown. The price per watt for a Waaree polycrystalline panel has dropped to between Rs. 25 as well as Rs.35 in India.

Solar Shop or Amazon Store for the most up-to-date pricing and stock information as it relates to certain products and retail locations. Costs do not include any possible government rebates for solar panels, which might vary widely in amount and kind.

Monocrystalline solar panels from Waaree are known as the ARKA series. When compared to other solar modules, these solar panels perform very well. A single crystal of silicon is melted down to create such panels. The solar cells then are systematically laid out in a rectangular pattern of rows and columns. Even the blackish colour produced by the crystal structure is uniform, with no visible grain markings, guaranteeing the maximum cleanliness as well as effectiveness. Generally speaking, high temperatures and partial shading are not ideal for monocrystalline solar panels.

When it comes to producing power, monocrystalline solar panels are at the top of their game. For this reason, the price of these solar panels is higher than that of certain alternatives.

Solar Shop or Amazon Store for the most up-to-date pricing and stock information as it relates to certain products and retail locations. Costs do not include any possible government rebates for solar panels, which might vary widely in amount and kind.

Solar Shop or Amazon Store for the most up-to-date pricing and stock information as it relates to certain brands and retail locations. Costs do not include any possible government rebates for solar panels, which might vary widely in amount and kind.

Waaree solar panels have several unexpected characteristics. They can withstand hurricane-force gusts as well as moderate precipitation with little damage. Furthermore, they offer a warranty of roughly 25 years, and that’s quite a while in the world of product guarantees.

Which Type of Solar Panel is Best For A Home?

Solar panels from Waaree are an excellent investment for any house because of their low price and high efficiency. Even so, it’s preferable to have some idea of which of these solar panels is going to be the most effective for your house. It has been said that polycrystalline solar panels are the finest for residential use. For one, they can reliably produce electricity at a minimal cost. Although monocrystalline solar panels are very efficient, their power output and efficiency are inconsistent. Furthermore, bifacial solar panels really aren’t suggested for residential use because of their prohibitive price.

Solar power is a massive source of directly usable energy that eventually generates other energy resources such as biomass, wind, hydropower, and wave energy. If you want to buy Waaree Solar Panel, Inverter, or Battery in the future, then bookmark our website or if you have any questions then don’t hesitate just contact us. 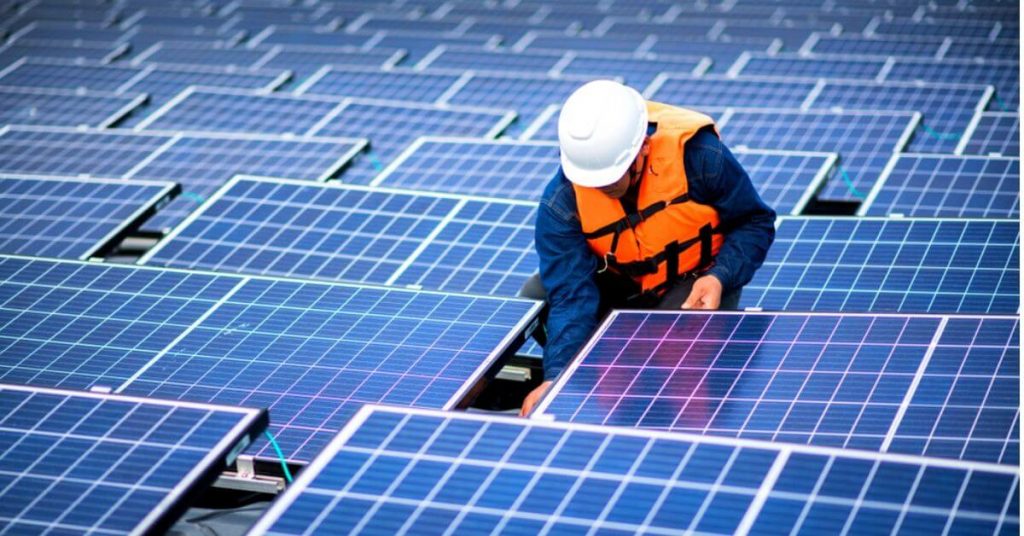